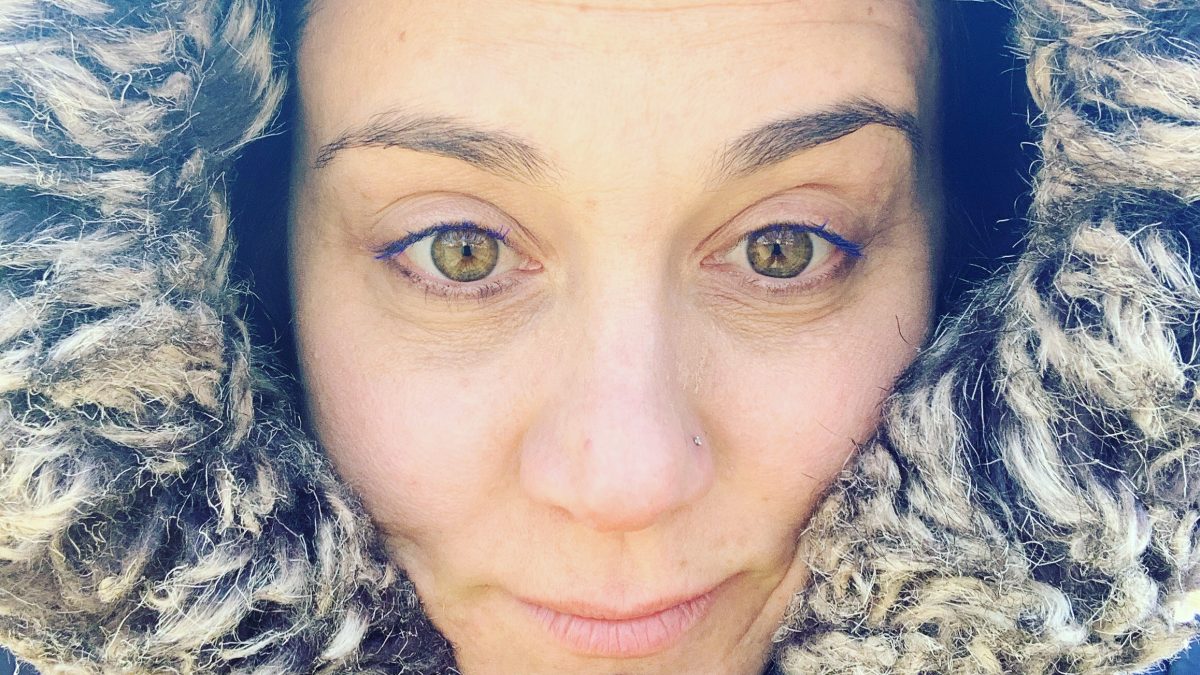 Iggie Parsa wanted one thing in life, and that was to have his novel published. All he wanted was to make enough money from writing that he could eventually quit his day job at Maren’s Equipment and Supply. If he could earn enough to pay for his rent, groceries, and car, and buy those papayas from the specialty market he cherished, that would be spectacular.

He realized that a writing career was a long shot, but if you aren’t putting your work out there, none of it was possible. At age forty, Iggie lived alone with his beloved long-haired chihuahua, Remy.

This past year—1984—- wasn’t great to Iggie, with his newly diagnosed arthritis and pile of rejections from presses, so he hoped 1985 would bring surprises and good news. He already received ten rejections from larger publishing houses, and one from an independent press. He waited to send the last batch only days ago. A middle-of-the-road press called Banter Press was his best shot. Only his cousin read his novel, since a freelance editor was too pricey for his budget. She thought it was perfect.

Yesterday, he mailed a submission to an agent in New York City. It was a part-time job to query. And an expensive one, but luckily his boss let him use the copier at work, once a week, for fifteen minutes a pop. His words to Iggie, “Whatever you can copy in that amount of time, it’s all yours.”

Iggie arrived home from work around 5:30 pm, grabbed the rubberbanded mail, did a quick scan for any publisher addresses, then tossed it on his small kitchen table, as Remy panted and barked for his owner. Hardware catalogs and a card from his sister up in Pierre.

“Nothing yet, Remy. Ready for your walk?” His ears perked and he toddled straight to his basket of leashes and poop bags. Iggie hesitated, lit the small yellow votive in the glass dish on his table and pulled his deck of Tree Magick cards from the junk drawer. Though they were far from junk, they fit perfectly in the corner of the drawer near the super glue. He gave them a quick shuffle and mumbled, Come on Larch, come on. The Larch Tree meant Good News.

Instead he pulled the Alder Tree—A Challenge, Some obstacles. “Ok, Rem, that’s okay. Perhaps an editor will give me an R and R. That means revise and resubmit, Remy.” Remy barked as if to say, You don’t think I know that by now.

November ate all of the trees’ leaves and cradled the ground in dryness. Clouds held steadfast and the sun was down. No stars tonight. Iggie’s hand cramped a bit after a full day of assembling boxes and plastic materials for medicinal samples and devices. He tightened his mustard yellow scarf and guided Remy around the mailbox to their usual route around the block.

Maren’s Equipment and Supply paid well, and left his mind empty so that he could create his novels all day, constructing worlds and characters in a voracious way, as he’d jot the notes down in a small notebook he kept in his white lab-jacket pocket. Noone ever scolded him, as he was swift and discreet about those verbs and thoughts: clutch, alacrity, being a friend to those who need it most, saunter. Then again, he read recently that all of these flowery words and luxurious prose meant nothing if the story wasn’t there. Still, he scribbled notes when they fell into his headspace. From the words would emerge a story. Everyone had their own method.

“Poor tree,” Iggie commented as they passed the old oak on his front lawn. He stroked her gently. “I promise you’re on the top of my list, once I get my holiday bonus. You need some attention.” Remy barked and lept at the sad tree trunk. Thanksgiving was only a week away. He’d join his sister and her family or dinner. She lived only two hours north of his town called Janice, just south of Pierre.

“You know Remy, this year was really good to us in music, so that’s something,” he said as he guided Iggie away from the Pasternack’s lawn. Their terrier forever miffed Remy. His tiny ears and high-pitched C-sharp bark echoed in Remy’s little brain every afternoon while he waited for Iggie to get home from work.

The nightly walk worked up an appetite for both Iggie and Remy. More thinking time too. Tonight, Iggie dreamed what he’d do with a five thousand dollar bonus for signing with an agent, once that agent found the perfect publishing house for his novel called Star Lassos. Or the press itself. He had no real preference about how he broke into the industry.

Iggie’s novel told about a young man who wanted to be in space, but couldn’t get past his dyslexia in order to pass all of the exams needed to be an astronaut. Iggie was proud of it, as it took him years to complete. Maybe he’d buy a larger car. He rubbed his forearm. His arthritis would surely fare better in a warmer state, but he grew up here. A larger car would allow him to travel more, housing his telescope and Remy’s crate. Maybe he’d take a a few dollars and use it toward a better coffeemaker too, as his was as old as the Dakota hills.

Iggie liked to glance in the front windows at people preparing their dinner tables. Six pm. Potatoes and meatloaf, some canned green beans, and iced tea. Pretty soon, Christmas trees would go up and their walk would be elevated a notch. He didn’t care for many friends, so their evening walk replaced social life. Some neighbors waved, other scoffed. He meant no harm by peeking. It was purely neighborly and for inspiration. Writers need to be seduced by sights and sounds daily, after all. The ground had snow written all over it. Eight o’clock was Iggie’s bet.

He thought about how he’d promote his book at local coffee shops and show this high school friends how he got published. Yeah. It took a while and a lot of hard work, but I did it. This proud moment pirouetted through his brain, and suddenly he had the urge to read his first few pages again. That’s the thing about being a writer. Some weeks you hate what you write, and other weeks you deserve to be on book lists and win prizes.

On this November night, Iggie felt good about his words. His novel. All of it. Remy soaked up Iggie’s energy and peed on everything in sight. They were in sync in spirit, usually. Dogs know. “I’m so happy we found each other,” his agent would remark on the phone. They’d be in sync too. his dog, his agent, and him.

Iggie and Remy rounded the last stretch of Mahogany Place. Mr. Dagwood already had his Christmas tree up in the living room. Mrs. Lasher was walking more upright than usual down her driveway. “Hello Iggie. Can Remy have a cookie tonight?” The wind blew in like a Smiths’ song–cold and grey.

“Sure thing. Thank you, Mrs, Lasher.” Remy howled, played, and took the small biscuit between his teeth for the remainder of the walk home. He preferred to eat in on the blue shag carpet of their family room.

Iggie imagined Mrs. Lasher gushing over his book. Asking him how in the world he dreamed up Simms’s love interest like that—a woman ten years older than him who drove trucks up and down the west coast for a living. Why would she love an aspiring astronaut?

Once they reached home, Remy dashed to his red water bowl, and Iggie opened the drawer of his desk and grabbed his opening pages for the millionth time. “Papaya first.” He sliced a thin piece of his last papaya, poured himself a glass of soda, and sat down to look over his submission list. Center House Press was his top choice. That letter of acceptance or rejection should be arriving any day now. He liked to reread his submissions the days after mailing them. Imagining what the editors thought as they read—

Simms Miller was a kind soul. His favorite thing to do to pass the time was to roast chestnuts, slice up a few pears, and eat them in silence as he labeled every section of the ski.

SKI? SKI??? He had read this page more times that he could count. This is why he couldn’t sleep last night. How could he miss this basic error. IN THE FIRST LINE. Remy whimpered as if he could understand.

Iggie gulped, his neck got hot, and he buried his face in his hands. Only two presses and one agent left on his list. He grabbed the white-out and plugged in his type writer. Tears trickled down his face. The first line. Iggie clutched the sides of his wobbly wooden chair and screamed. Remmy whimpered, rubbed up against Iggie’s leg and watched his owner sob himself dry.

I hope you enjoyed my little glimpse into what it’s like to be a writer!