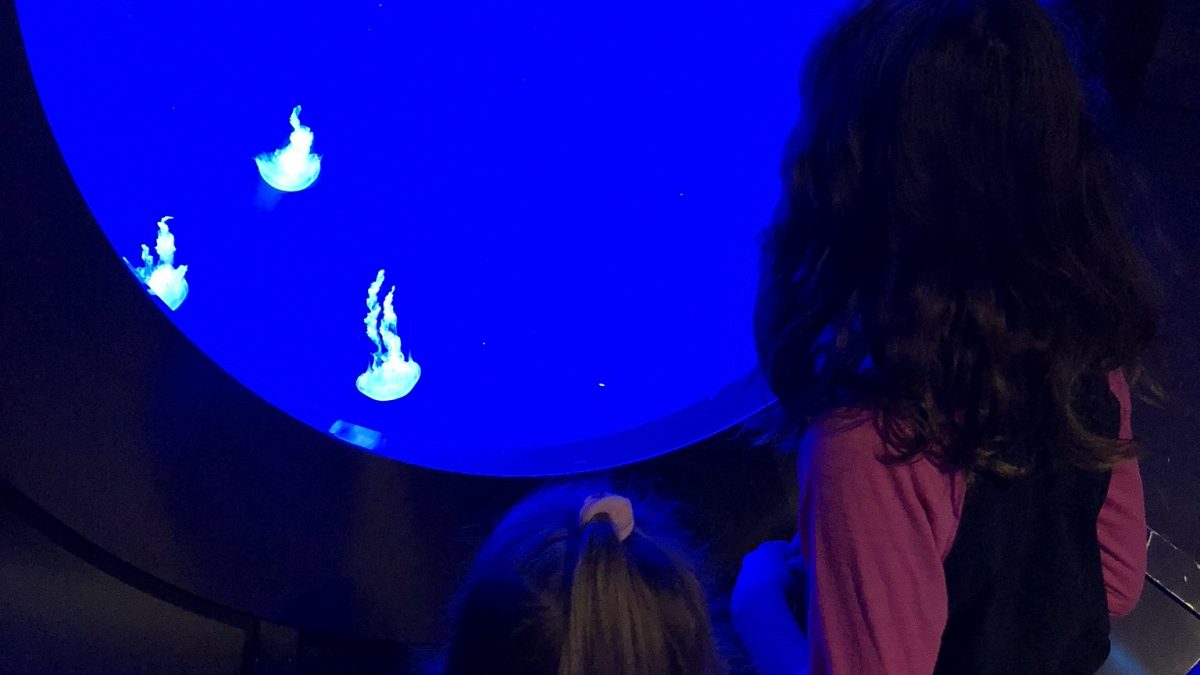 Blue window spray is toxic if inhaled in large amounts. My guess might be that a child inhaling the fumes every Saturday afternoon for a few years straight might experience changes in the brain’s chemicals, resulting in an intense, over-thinker who has the occasional panic attack during a full moon and stresses over the stakes in her novels. And the men that might lurk in the backyard at night. (There are no men lurking, ever). I used a lot of blue window spray as a kid. The blue liquid was pretty and with just a few ice cubes, could be lemonade. The squeak on the glass was so damn satisfying at age ten. And if I had to clean, at least I got to use bright blue that smelled like electric July.

It was the 1980s, so colorful things were the ticket. Besides blue window spray, our modest New Jersey house smelled like promise and richness as I ate black olives in my weight and cucumber spears with the zeal of an Olympian. My mom played Julio Iglesias’s Julio as she prepared dinner for company and I stuffed my face with the aforementioned. Music, slicing, simmering, and the smell of blue window spray from earlier that afternoon.

Roast beef floating in bits of gravy will always conjure up goodness and happy days for me. Usually, if it was a Saturday, it meant we had company coming—often it was her best friend, Lolly, a decisive and full-of-flair Jewish woman from Brooklyn, or our family friends, the Alts or Picones. I must note that having company over for dinner all the time as kids sets you up for a really specific kind of disappointment as an adult.

So earlier on the day of company, it was my job to dust the huge book shelves in the living room. Then I had to wipe the interior portion of the windows with a blue spray that we all know the name of, but for copyright reasons I can’t say the brand name. The book shelf I was in charge of was more of a display shelf—figurines from Greece, Italy, and my Aunt’s gift shop in Cranford, NJ. I remember a glass paperweight that had dried blue flowers melted and squished in the middle, and I always wanted to crack it open. I also remember a book—Siddhartha’s The Prophet that my mom laid on its side and used as a base for a frame picture. I felt bad for it. It belonged as the main attraction, but Italian moms are really fussy, so I knew better than to make that suggestion. I’d pop on Hall and Oates or Culture Club and remove every item from every shelf and table in the living room. Then I’d spray circles of lemon furniture spray (you know the one), and I’d wipe in satisfying circles using an old dishtowel. Once every area was dust-free and dry, I’d place every item back in its designated spot. Maybe I’d move something to a new spot if I felt it should go there, despite my knowledge of Italian-mom particulars. Like the glass paperweight. I’d move it over on the window side to catch the sun from the huge front window. Eventually, my mom would return it to its original spot, but I always tried. After lemons, came the blue spray.

BLUE SPRAY ON THE WINDOWS was true sign of hospitality. Blue spray on a paper towel, the sight of a god-close cleanliness. Ammonia parfait. Chemical bliss.

As the sun would begin to set, the house began to simmer in brown gravy and bits of onion. Or maybe the house sizzled in tomato sauce divinity. Depended. All I knew was that company was on their way, and the raw fennel was mine for the taking as mom stirred and shimmied the 1980s comfort food in her pots and pans. Behind the good food, and secretly the star of the show was the blue liquid that graced those glass windows and left no streaks. Because my mom checked my work. Repeatedly. In circles that squeaked. And sang of blue sunshine in a bottle that could kill you if consumed.